Colourful Trondheim Borgar and his friends have left their mark on mobile phones across the globe. The entrepreneurs sold to the global company ARM and threw themselves into new adventures. Behind the ARM sign on a wall at the bottom of Munkegata, you will now find a melting pot of technology experts from all corners of the world. They have chosen Trondheim, far to the north, as the place to perfect the graphics on phones and other touch screens. Deepali Yemul is one such expert who chose to come to Trondheim.

Drink on the job Across the street from ARM is Work-Work, a co-working gaming lab where people can play and drink on the job. Or more seriously, it is a community where gaming technology generates useful ideas and inventions. There is a bar on the ground floor – because creativity flourishes in social gatherings. Among those who have moved into this space is the man behind the international hit Wordfeud. He studied at the Norwegian University of Science and Technology (NTNU), where Professor Alf Inge Wang teaches game technology. Wang is the mastermind behind the mega-success Kahoot.

Best in football Speaking of games, have you heard of Sportradar? It started as an offshoot from NTNU, 20 years ago. Today, the company has nearly 2,000 employees worldwide who provide sports statistics and data to the National Football League, the National Basketball League (both in the United States) and FIFA. Sportradar is in the Champions League of facts about football.

Trondheim’s Q-Free has branches all over the world. Q-Free is also thirsty for more sharp minds. Q-Free eliminates traffic congestion, cleans city air and prevents traffic accidents. Q-Free’s technology is in use on the Øresund bridge, in Stockholm, in the Faeroe Islands, in Bangkok, in Australia and many other places around the world.

The death of the cable Cables will soon be history. Nordic Semiconductor is leading the race towards a wireless society. This is where they develop the Internet of Things. Today’s science fiction is tomorrow’s reality. Nordic Semiconductor employs sharp minds from more than 40 nations. Billions of microchips that help things talk to each other come from the company at Tyholt, just outside the city centre. The company Microchips Technology, not far away, has produced more microchips than there are people in the world. You can find technology from Trøndelag in almost everything.

A greener future Climate change is a fact. Research environments and companies in the technology capital are world leaders in the search for solutions to prevent nature from running amok. For example: The multinational giant Siemens, with almost 400,000 employees, chose Trondheim as the arena to make the shipping industry electric and emission-free. In 2019, the group opened a battery factory here because we already have so much expertise in green technology.

In an international context, Trondheim is a small city, but it is a small city with great opportunities and great ambitions. We can make the world a little better, and 750 technology companies and a few thousand researchers are working hard to make that dream come true.

More movies in the category: 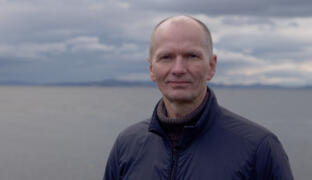 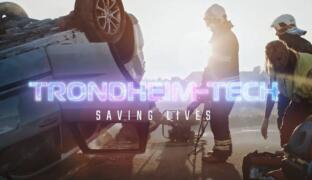 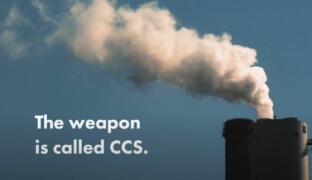 Carbon capture and storage | The hunt for the dangerous gas

The evil ‘climate genie’ is threatening the world as we know it. Mona Jacobsen Mølnvik has to catch him before it’s too late. Sintef’s Research Director is heading up work on carbon capture and storage (CCS) in Trondheim. The city is an international hub for efforts to develop a technology to “bottle” greenhouse gases. The EU has named Trondheim the CCS capital of Europe, which would appear logical since it was two researchers at none other than Sintef who came up with the idea of capturing CO2 and storing the gas deep under the seabed. More than 30 years later, in laboratories and research centres, a quiet but dramatic race against time is underway. Now it’s a question of making the method effective and cheap enough to roll out on a large scale, before climate change spirals dangerously out of control.